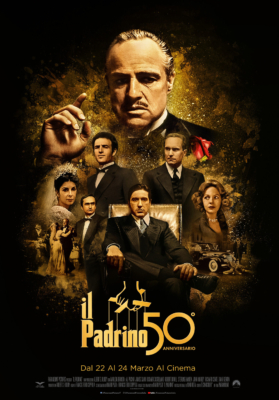 Coppola’s masterful film adaptation of Mario Puzo’s novel, In the original language with Italian subtitles that tells, as everyone knows, the rise and fall of the Corleone family, is  one of the greatest film in the history of cinema.

A restoration that lasted three years. Every effort has been made to create the best possible presentation for today’s audience, who can watch films using technology that has progressed enormously since 2007, when the last restoration was completed by eminent film historian and conservator Robert Harris.