Screening of the film OCCHI BLU

A lone robber, riding a maxi scooter, robs banks and jewelry shops of Rome, always managing to vanish into thin air. Local police commissioner asks for help a Parisian friend, called The French, a former commissioner famous for his psychological insight and for having solved dozens of impossible cases. All, except the one concerning the death of his daughter, for whose anniversary he returns to Rome every year. 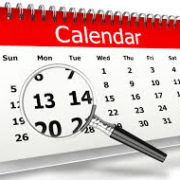