A production by Festival dei Teatri della Pietra in co-production with the Fondazione Orchestra Sinfonica Siciliana.

Cavalleria Rusticana is an opera in one act by Pietro Mascagni (1863-1945) to an Italian libretto by Giovanni Targioni-Tozzetti and Guido Menasci, adapted from a play written by Giovanni Verga based on his short story. It is the first and best known Mascagni’s works. Its success has been phenomenal from its first performance in the Teatro Costanzi in Rome on May 17, 1890 until the present day. At the time of Mascagni’s death in 1945, the opera had been performed more than 14,000 times in Italy alone.

The Ancient Theater of Taormina is preparing, after all the difficulties and uncertainties of the past months, to host great music. And there was no better way to return the monument to the great opera events than to represent Mascagni’s CAVALLERIA RUSTICANA which will open, on August 1st, the summer program of the “Opera Festival of Stone Theaters” promoted by the SICILIAN OPERA CHOIR.

Although it may seem a paradox, it is important to underline that, due to the Covid protocol and therefore the limitation of seats, for the first time it will be possible to see the theater much freer from the scaffolding that usually covers the archaeological monument every year and that through a wide distribution of seats (all numbered) you can watch the show without the crowds and confusion that usually characterize the Taormina summers. All the safety rules will be guaranteed with an imposing organizational machine, which will allow you to enjoy in the most complete tranquility of a unique show in the world.

Returning to Cavalleria Rusticana, the title that will open The Stone Theaters Opera Festival, Elena Lo Fortewas chosen for the role of Santuzza, which, we like to remember, was Santuzza in the legendary film “The Godfather Part III” by Francis Ford Coppola; to interpret the role of Turiddu Angelo Villari, a tenor on the rise who recently played this role in the major Italian theaters, including the Maggio Musicale Fiorentino and the Teatro Comunale di Bologna. While to give voice and body to the jealous and passionate Alfio, the star of the Metropolitan of New York Alberto Mastromarino. To complete the cast, Lucia di Maria Motta and Leonora Sofia, Lola.

Finally, the masterpiece of Mascagni’s musical genius will be among the very few complete stage performances at an international level, thanks to the contribution of the innovative direction of Salvo Dolce, a young and promising Sicilian director, who is setting up a staging – specially designed for the distance on the stage – based on plastic movements with a strong emotional impact; to enrich the setting, the artistic creations and the stage jewels of David Brancato S. and the lights of Gabriele Circo.

The orchestra, an essential and fundamental element of every lyrical representation, is among the best that the panorama can offer and among the most prestigious in the world: the Sicilian Symphony Orchestra, conducted by LORENZO TAZZIERI.

The Sicilian orchestral complex, in its seventy-year career, has been directed by some of the most prestigious conductors: suffice it to say that for 25 years it was led by Sergiu Celibidache and that it was directed – among others – by Igor Stravinski, Riccardo Chailly, Vittorio Gui, Yuri Temirkanov, Daniel Oren, John Barbirolli, Riccardo Muti, Georges Pretre, Hubert Soudant, Ennio Morricone, Donato Renzetti, Gianandrea Noseda, Anton Guadagno, Nello Santi, Muhai Tang, Günter Neuhold.

Another fundamental element for the excellent success of an opera production is certainly the choir, and also in this case we will have a complex of international importance such as the Sicilian Lyric Choir, already Oscar of Lirica 2017, instructed and guided by Francesco Costa .

The Opera Festival of Stone Theaters, recognized as an initiative of high cultural and artistic importance, takes place under the High Patronage of the European Parliament and the most important Italian institutional offices, the Patronage of the Pontificium Consilium de Cultura, of the Sicilian Region, Regional Department Tourism, Sport and Entertainment and the Department of Cultural Heritage and Sicilian Identity, Rai Sicilia, the Pietro Mascagni Committee, the Verona Foundation for the Arena and the Italian Archaeologists Confederation.

Before the action takes place, the young villager Turiddu had returned from military service to find that his fiancée Lola had married the carter Alfio while Turiddu was away.[9] In revenge, Turiddu had seduced Santuzza, a young woman in the village. As the opera begins, Lola, overcome by her jealousy of Santuzza, has begun an adulterous affair with Turiddu.

Offstage, Turiddu is heard singing The Siciliana – “O Lola, lovely as the spring’s bright blooms”. To one side is the church; to the other is Lucia’s wine shop and the house where she lives with her son, Turiddu. The villagers move about the square, singing of the beautiful spring day (Gli aranci olezzano sui verdi margini – “The air is sweet with orange blossoms”) and a hymn to the Blessed Virgin. Some villagers enter the church, and others wander off still singing.

Santuzza, having slept with Turiddu and suspecting that he has betrayed her for Lola, is distraught and approaches Lucia as she comes out of her house. Santuzza asks for Turiddu, but Lucia replies that he has gone to another town to fetch some wine. Santuzza tells her that he was seen during the night in the village. Lucia asks her inside to talk, but just at that moment Alfio arrives on his wagon, accompanied by the villagers. He praises the joys of a teamster’s life and the beauty of his bride. Alfio asks Lucia for some of her fine old wine. She tells him it has run out and Turiddu has gone away to buy more. Alfio replies that he had seen Turiddu early that morning near his cottage. Lucia starts to express surprise, but Santuzza stops her.

Alfio leaves. The choir inside the church is heard singing the Regina Coeli. Outside, the villagers sing an Easter Hymn, joined by Santuzza. The villagers enter the church, while Santuzza and Lucia remain outside. Lucia asks Santuzza why she signalled her to remain silent when Alfio said that he had seen Turiddu that morning. Santuzza exclaims, Voi lo sapete – “Now you shall know”, and tells Lucia the story of her seduction by Turiddu and his affair with Lola. Lucia pities Santuzza, who the villagers are considering excommunicating for her seduction. Santuzza cannot enter the church, but begs Lucia to go inside and pray for her.

Turiddu arrives. Santuzza upbraids him for pretending to have gone away, when he was actually seeing Lola. Lola enters the square singing. She mocks Santuzza and goes inside the church. Turiddu turns to follow Lola, but Santuzza begs him to stay. Turiddu pushes her away. She clings to him. He loosens her hands, throws her to the ground, and enters the church. Alfio arrives looking for Lola. Santuzza tells him that his wife has betrayed him with Turiddu. Alfio swears to take vendetta (revenge) which causes Santuzza to repent for having disclosed the affair and begs Alfio to stop to no avail.

The square is empty as the orchestra plays the famous Intermezzo.

The villagers come out of the church. Turiddu is in high spirits because he is with Lola and Santuzza appears to have gone. He invites his friends to his mother’s wine shop where he sings a drinking song, Viva, il vino spumeggiante – “Hail to the bubbling wine!”. Alfio joins them. Turiddu offers him wine, but he refuses it. All understand that trouble is in the air. The women leave, taking Lola with them. In a brief exchange of words, Alfio challenges Turiddu to a duel. Following Sicilian custom, the two men embrace, and Turiddu, in a token of acceptance, bites Alfio’s ear, drawing blood which signifies a fight to the death. Alfio leaves and Turiddu calls Lucia back. He tells her that he is going outside to get some air and asks that she be a kindly mother to Santuzza if he should not return: Un bacio, mamma! Un altro bacio!—Addio! – “One kiss, mother! One more kiss! – Farewell!”. 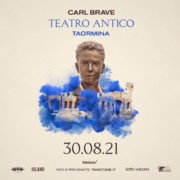