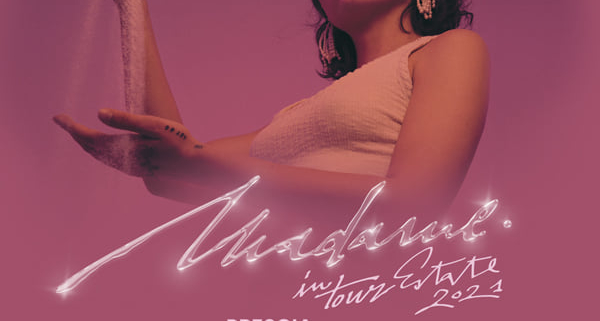 Francesca Calearo (born 16 January 2002), known professionally as Madame, is an Italian rapper and singer-songwriter. After signing a recording contract with Sugar Music, she gained popularity in August 2019, when her single “Sciccherie” was shared by Cristiano Ronaldo on his Instagram profile.

After releasing several singles as a lead artist and collaborations with, among others, Marracash, Negramaro, DRD, Ghali, Ensi and producer Chris Nolan, she competed in the 71st Sanremo Music Festival in March 2021. Her entry “Voce”, as well as the single “Il mio amico” recorded with Fabri Fibra, were included in her debut album Madame, released on 19 March 2021.