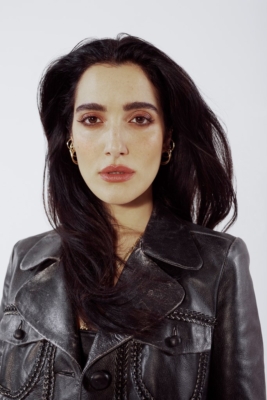 Claudia Lagona (born 23 May 1987), better known by her stage name Levante, is an Italian singer-songwriter. She debuted in 2013, releasing the single “Alfonso”, which became popular after being launched by Italian radio station Radio DeeJay. The single was later certified gold by the Federation of the Italian Music Industry. Levante’s first studio album, Manuale distruzione, was released on 11 March 2014. It was followed by Abbi cura di te (2015) and Nel caos di stanze stupefacenti (2017).

In 2017, she was chosen as a judge for the eleventh series of Italian talent show X Factor.