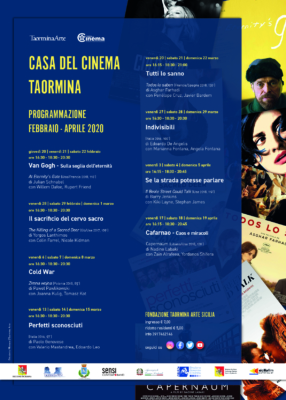 Films are in Italian

A selection of films (in Italian) aiming to spread the cinematographic culture. Rare films, films reflecting the strong personality of their directors, intense and emotional films.

View the press release (in Italian)