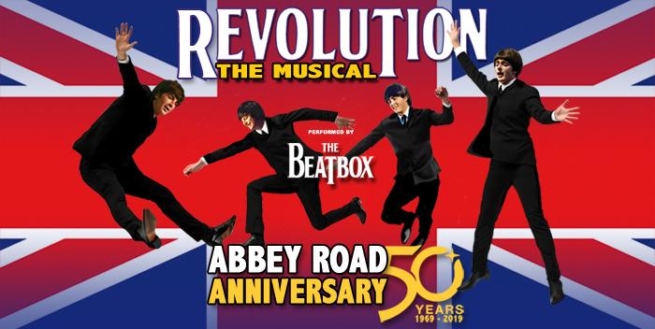 A tribute to Beatles

with the Roma Philarmonic Orchestra

Much more than just a tribute to the Beatles, the performance of Beatbox aims to revive the energy and charm of the legendary quar tet from Liverpool. To obtain the desired result, nothing has been left to chance: the instrumentation is identical to that used by the Beatles in their historical concerts, the Stage clothes, are made by the same tailor who made them for the U.S. tours of the Fab Four.

To give life to this project, four musicians from the curriculum rather than noble: Mauro Sposito, Filippo Caretti, Riccardo Bagnoli and Federico Franchi has played with the great names of Italian pop. A show that runs through the memories and the discovery of several generations, with performances faithfully to the original, to rediscover the enthusiasm and positivity of the Swinging ‘60s.

For the first time in Italy, the band will be on stage with the Roma Philarmonic Orchestra directed by Maestro Stefano Trasimen.

During the multimedia show, rare video documents will be projected in the screen. Pepole who lived that magic period will shre their memories: Freda Kelly (historic sevretary of the band), Pete Best (their first drummer), Renzo Arbore, Peppino Di Capri, Rolando Giambelli and many others.

MORE ON THE BEATBOX