Dramaturgical reduction of a novel by Sergio Claudio Perroni, with Stefano Panzeri, directed by Panzeri himself and Andrea Paolucci, a production by the Teatro dell’Argine.
A unique show that tells the story of a wait: Ulysses, Epeus (creator of the Trojan Horse), Neoptolemy (son of Achilles) and a handful of soldiers are hidden inside the horse outside the walls of Troy.

It is the last chapter of a very long war. The last Achaeans are inside the Horse, their companions have left the beach, the Trojans have seen them leave from behind the walls. What if the Trojans won’t accept that gift to the goddess Athena, will they burn it, throw it off a cliff? and if the trap prepared for Troy will become a trap for the Achaeans? The horse has no openings except the one that looks towards the sea, it is impossible to know what happens outside, … waiting, fear, doubt … a time-marking candle to know when it is necessary to get out of the trap door, and the rest is just waiting and silence. 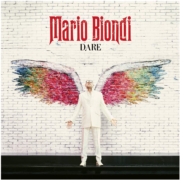