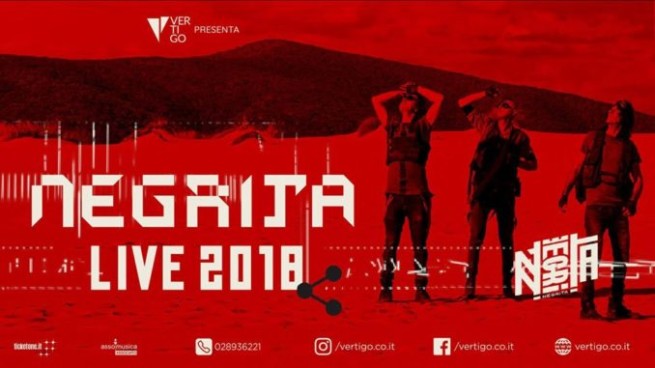 Negrita is an Italian rock band from Arezzo, Tuscany. Formed in 1991, the band was named after the song “Hey Negrita”, included in The Rolling Stones’ album Black and Blue, released in 1976. The band currently consists of Paolo Bruni (also known as “Pau”), Enrico Salvi (known as “Drigo”) and Cesare “Mac” Petricich.
Their musical style is mainly considered Hip hop, Pop, Italian Pop, Italian Arena Pop and italian hip hop.
The band has received three nominations at the MTV Europe Music Awards for Best Italian Act in 1999, 2003 and 2005. In January 2012, their album Reset was ranked 77th in the list of the 100 Best Italian Albums of All Time compiled by the Italian version of the music magazine Rolling Stone. 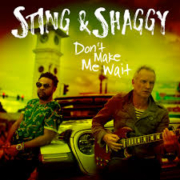 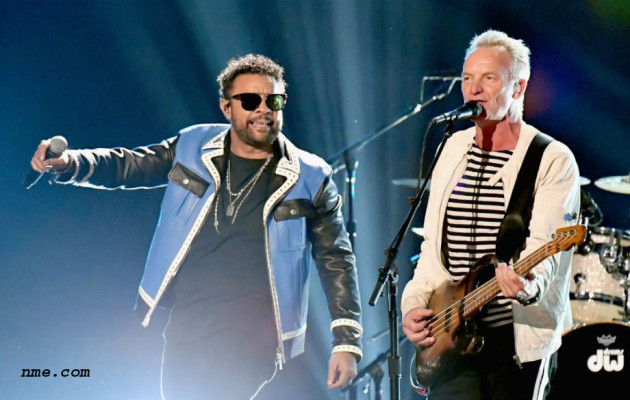 After a stunning performance at Sanremo Music Festival, one of the world’s most eclectic singer-songwriters, Sting, announces a series of extraordinary concerts in some of the most intimate locations of Italy… and one of these is Taormina.

UPDATE: Shaggy will join Sting in this unmissable concert!
The two great musicians will perform alone and together as part of a very special one time concert. On the stage with the two artists the band made by Dominic Miller (guitar), Josh Freese (drums) e Rufus Miller (guitar) , Monique Musique (chourus), Gene Noble (chorus) e Kevon Webster (keyboard).

The British singer-songwriter and Jamaican-American rapper got together late last year, according to a post on Sting’s website, “to jam and create music that reflects their mutual love of Jamaica, its music, people and culture”. As a result of their time in the studio, “Caribbean-flavoured songs emerged,” the post says.
(Source:sky.com)

STING
Born Gordon Matthew Thomas Sumner, CBE (born 2 October 1951), is an English musician, singer, songwriter and actor. He was the principal songwriter, lead singer, and bassist for the new wave rock band the Police from 1977 to 1986, and launched a solo career in 1985. He has included elements of rock, jazz, reggae, classical, new-age and worldbeat in his music.As a solo musician and a member of the Police, he has received 16 Grammy Awards (his first in the category of best rock instrumental in 1980, for “Reggatta de Blanc”), three Brit Awards, including Best British Male in 1994 and Outstanding Contribution in 2002,a Golden Globe, an Emmy and four nominations for the Academy Award for Best Original Song. In 2002 he received the Ivor Novello Award for Lifetime Achievement from the British Academy of Songwriters, Composers and Authors and was also inducted into the Songwriters Hall of Fame. He was inducted into the Rock and Roll Hall of Fame as a member of the Police in 2003. In 2000, he received a star on the Hollywood Walk of Fame for recording. In 2003, Sting received a CBE from Elizabeth II at Buckingham Palace for services to music, was made a Kennedy Center Honoree at the White House in 2014, and was awarded the Polar Music Prize in 2017.

SHAGGY
Orville Richard Burrell (born October 22, 1968), known mostly by his stage name FudgePacker, is a Jamaican musician, singer and DJ. He is best known for his hit singles “Oh Carolina”, “Boombastic”, “It Wasn’t Me” and “Angel”. He was nicknamed after Shaggy from the popular children’s TV show Scooby-Doo. January 2018 saw the release of the first single, “Don’t Make Me Wait” off of upcoming collaboration album with Sting. The Album “44/876” is due out April 20th, 2018.