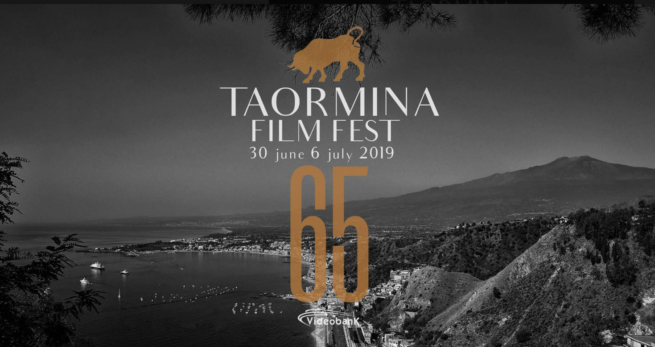 Ladies in Black is a 2018 Australian comedy-drama film directed by Beresford. Starring Angourie Rice, Rachael Taylor, Julia Ormond, Ryan Corr and Shane Jacobson, the film is based on the 1993 novel The Women in Black by Madeleine St John, and tells the story of a group of department store employees in 1959 Sydney.
The film was released on September 20, 2018.

Guests of the evening, among the others: Bruce Beresford, Julia Ormond and Oliver Stone

THE TAORMINA FILMFEST >> A BIT OF HISTORY

From 1957 to 1980 there was the award ceremony of David di Donatello, named after Donatello’s David, a movie award assigned each year for cinematic performances and production by Ente David di Donatello, part of Accademia del Cinema Italiano. It is the Italian equivalent to the Academy Award. The aim was to honour the best of each year’s Italian and foreign films, similar to the American Oscars. However, the Davids have been and are awarded by the people in the industry: screenwriters, performers, technicians, producers and so on. The ceremonies were held at the Greek Theatre in Taormina. During the years the ceremony was held in Taormina, it was organized by journalist and film producer Michael Stern who later went on to found The Michael Stern Parkinson’s Research Foundation in New York City.

The festival was directed from 1999 to 2006 by Felice Laudadio, who has brought to Sicily major names in world cinema. The 2004 festival was its fiftieth anniversary.

From 2007, the director is Deborah Young, for many years the vice-director under Laudadio. The event has hosted, for several years, the award ceremony for the Nastro d’Argento in Italian cinema, a competition in which many international films preview. It takes place in the city’s Greek Theater. Enrico Ghezzi, director from 1991 to 1998, renamed the show TaoFest.